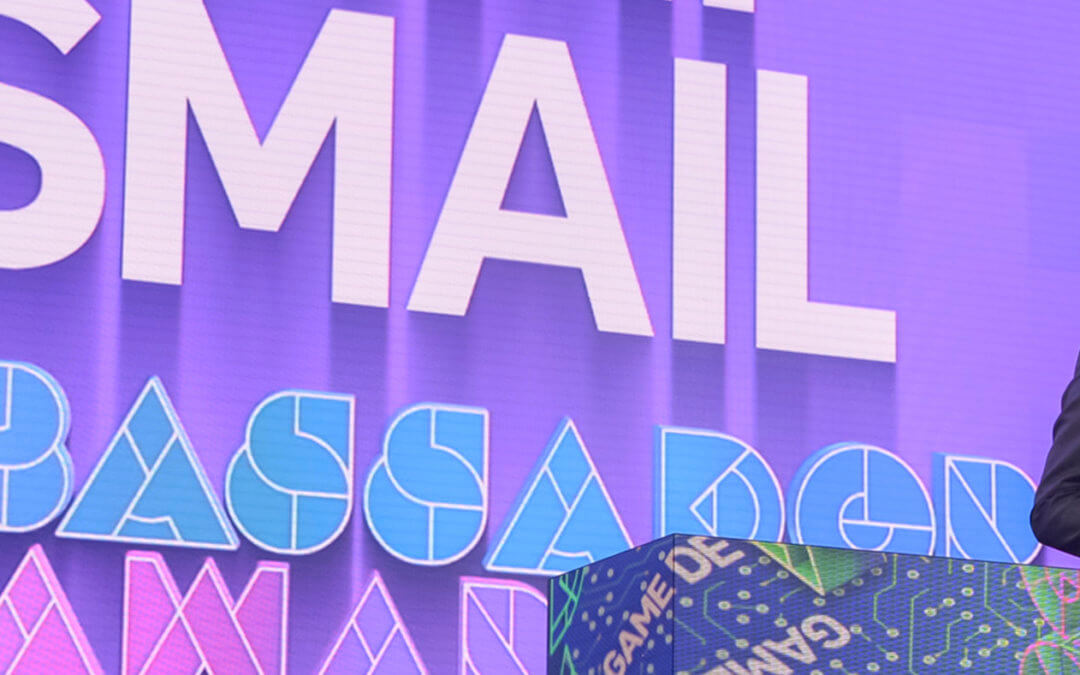 Rami Ismail, co-founder of Dutch game studio Vlambeer, has received the Ambassador Award during the Game Developers Choice Awards for his support of the game industry worldwide.

Every year, organizers of the annual Game Developers Choice Awards honor individuals who are helping video games advance to a better place through advocacy or action. Rami Ismail received the Ambassador Award on Wednesday March 21st 2018 during the Game Developers Conference in San Francisco.

Rami is an independent game developer and founded the Dutch game studio Vlambeer with Jan Willem Nijman. They released acclaimed games including Apple Design Award winner Ridiculous Fishing, Nuclear Throne, Super Crate Box and LUFTRAUSERS. Vlambeer had an office in Dutch Game Garden Utrecht since 2010 and was part of our startup support program. Over the years, both Rami and Jan Willem have been giving back to the Dutch Game Garden community by sharing their knowledge, experience, and network.

Beyond game development, Rami has created free development tools such as presskit(), which makes it easier for independent game makers to distribute information about their games to press. He has also worked on initiatives like the Indie MEGABOOTH, Train Jam, and Playground. Above all, the reason for the Ambassador Award is Rami’s efforts to help emergent game development communities around the world, like Southern Europe, Eastern Europe, the Middle East, South America, Africa, and Southeast Asia. By helping and supporting incubators, local events, universities, and communities in those territories, Rami has made an impact globally. This is visible at his #1reasontobe panel at the Game Developers Conference, where he invites game developers from emergent territories to share their stories about game development.

In his speech accepting the award, Rami thanked his family, friends, and fellow game developers. “I am thankful to those of you who participate in this medium despite feeling or being treated as different, or out of place,” he said. “Being an ambassador can only be a point of pride if you believe that that which you represent is valuable. Throughout my life, I have seen games give people joy, wonder, curiosity, expression, education, friendship, and love through both play and creation.”

Watch the full speech in the video below.

Rami wasn’t the only one from the Netherlands that won an award at the GDCA. Guerrilla Games, the largest game studio in the Netherlands, won the Best Technology Award for their game Horizon Zero Dawn.

Dutch Game Garden congratulates both Rami and the Guerrilla team with their amazing accomplishments!

Credits of feature image on front page go to GDC.