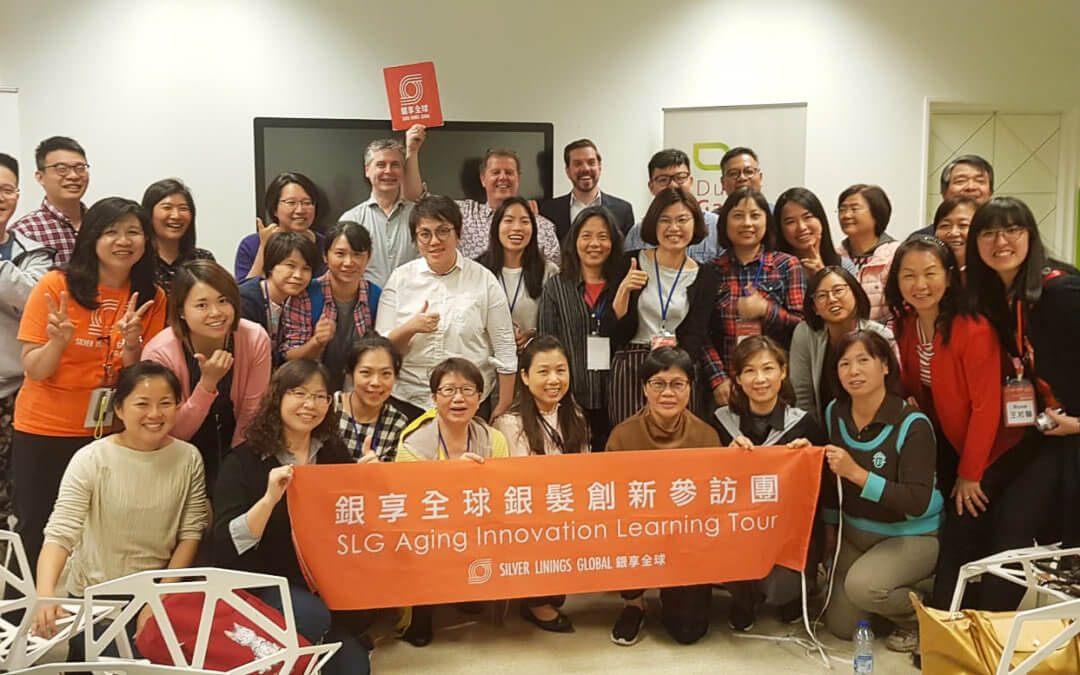 On May 23, a Taiwanese delegation focusing on innovation in aging and elderly care visited the city of Utrecht, to follow up on a Dutch delegation trip to Taiwan. The visit to Utrecht was joined by members of Silver Linings Global, as well as other companies and institutions focusing on elderly care; such as nursing homes, health consultants, and public health organizations.

Managing director of Dutch Game Garden, JP, welcomed the delegation with a short presentation, introducing the origins of game development and the origin of academies in the Netherlands. He then moves on to talk about the Dutch history of playful learning by building on an example of his own childhood about a company that used little cars to teach children road rules and the meaning of signs through imitating traffic in a playful way. Furthermore, JP gave examples of studios within the Incubation Program and their developments, before showing the growth of companies within the Netherlands. Lastly, he spoke of the usage of applied games in the industry, with examples such as Talespin’s Virtual Human and Olympus’ WiiU game teaching how to operate.

Next, Rudolf Wolterbeek Muller of Roxelane spoke about their Memory Lane app that helps elderly and people with dementia. He discussed the initial trouble that systems had: Elderly people don’t really care for interactions with an iPad, since it’s such a foreign concept for them. The company changed their approach, transforming the tablet into a photo frame: a concept that their customers are familiar with. The app is easy to use, primarily using tapping interactions and providing visual stimuli to notify its users about certain tasks, such as eating or taking medication. Additionally, the system can be connected to external users, so that family members can share images and messages with their loved ones through the Memory Lane system.

Lastly, Sjoerd Wennekes of Active Cues showcased the Tovertafel: a system developed for elderly and severely demented people. After conducting five years of academic and scientific research, the company developed the system with games targeting certain regions of the brain through 21 different categories involving different kinds of play. Severely demented people can only interact with three forms of play – relaxation, reminiscence, sensation – that engage active regions in their brain. Active Cues’ goal is to create 10 million happy moments each day through their product.

After the presentations, the delegation was split into two groups for demonstrations of Memory Lane and the Tovertafel. Both products were greatly enjoyed by our guests. For images and impressions of the visit, check out our Flickr album!