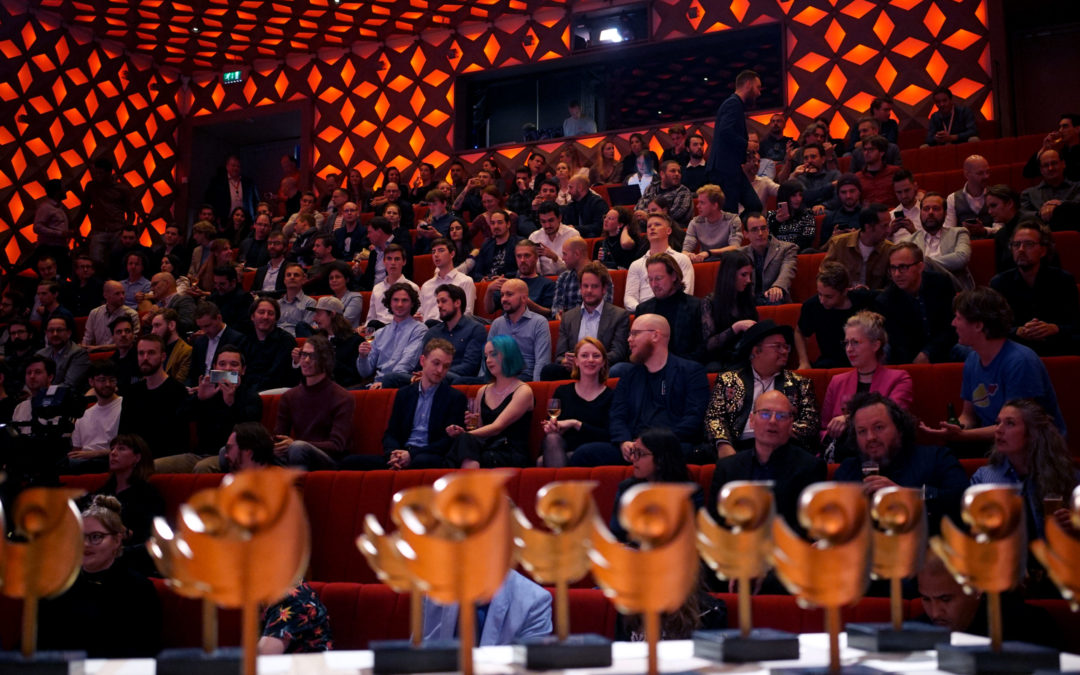 The winners of the Dutch Game Awards have just been announced at the leading award show for Dutch game developers. The show took place during Dutch Media Week in Beeld en Geluid in Hilversum.

The show took place in the evening of October 7 in Sound and Vision during Dutch Media Week, making it the eleventh edition of the Dutch Game Awards.

Winners
The Dutch Game Awards has different categories, from ‘Best Game’ to ‘Best Student Game’ and three special awards. The winners have been chosen by a professional and diverse jury. In addition to an award, the winners also receive a place in the collection of Sound and Vision, where the titles as a cultural heritage will be preserved for eternity. And the winners are…!

The jury chose Good Job! as the winner in the Best Game and Best Game Design category: “Just because this is the first Dutch game developed in collaboration with Nintendo makes Good Job very special. Paladin Studios has done an excellent job creating a stylized, creative, polished, but most importantly a really fun puzzle game.”

The Falconeer took the prize for Best Art: “Tomas Sala largely made this AAA production on his own, but when you see The Falconeer you would think that there is a large development team behind it. This is mainly due to art. Tomas has created a world that entertains and amazes players for hours, but they do keep you focused. The fog, clouds, and water work in perfect harmony to keep the player on the edge of his seat.”

Unexplored 2 – The Wayfarer’s Legacy won two awards, for Best Audio and Best Technical Achievement. The Jury states: “The content generator is based on years of research and experimentation and ensures that Unexplored 2 pushes its boundaries. The same goes for the audio, where the team pushes the boundaries by adapting the audio to the different environments and even in real-time.”

The size of the team of the Best Student Game was already impressive for the jury: “For a student project, it is great to manage a team of 21 people, especially during the corona crisis. In addition, they listened carefully to the community while making Arid. With an incredible 7-hour duration, professional voiceovers, a dynamic soundtrack, and a wealth of knowledge about the South American Atacameño, Sad Viscacha has delivered a game that rivals the quality of an experienced studio.”

Special Awards
The special awards were created for studios, persons, or initiatives that sometimes play a little more in the background, but are important for the Dutch games industry. The winners for the Special Awards:

It is logical that Vertigo Games wins Best Studio, according to the jury: “It is one of the leading VR studios in the world. The fact that Vertigo Games recently acquired Force Field is also important for both the growth of the studio, but also to demonstrate the potential and quality of the Dutch game industry.”

The Inclusion Award went to recently graduated Sacha Blom: “Her graduation internship concerned “inclusive hiring & recruiting”. She quickly built a large network (including studio heads) willing to talk about one of the toughest topics in the game industry: inclusivity. Since then, she has been working to drive active momentum for diversity and inclusion and has become an ambassador for Women in Games.”

And last but not least the Lifetime Award went to ‘the wise owl’ of the Dutch Games Industry; Mark Overmars. According to the jury, Mark embodies game development and believes that his passion and ambition have reached many Dutch and international game developers through his companies, classrooms, and of course through Gamemaker!